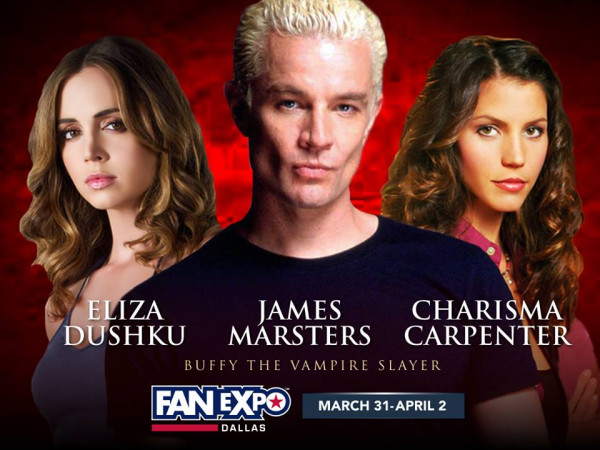 BUFFY AND ANGEL STAR IS COMING TO DALLAS!

James Marsters will is beloved forever by fans of “Buffy the Vampire Slayer” and “Angel” for his unforgettable role of Spike. Since the end of those series Marsters has appeared in many guest starring roles on shows such as; “Torchwood”, “Caprica” and “Smallville”.

Charisma Carpenter is an American actress. She is best known for her role as Cordelia Chase in the popular TV series Buffy the Vampire Slayer and its spin-off series Angel. She has also starred as Kyra on Charmed, Kendall Casablancas on Veronica Mars, Rebecca Sewell on The Lying Game and Lacy in The Expendables film series.

Eliza Dushku is an American actress known for her television roles, including starring as Faith on Buffy the Vampire Slayer and its spinoff series Angel.