'Evil is a lot easier to play than good. Good hurts' 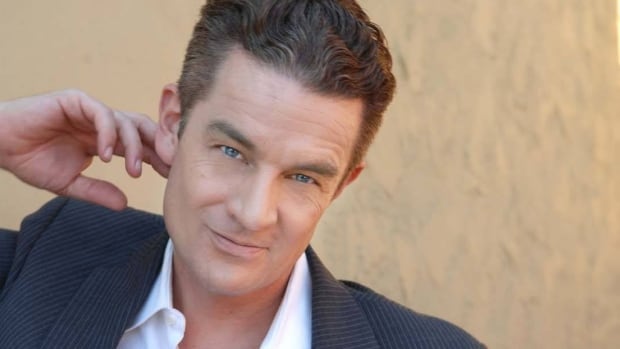 Actor James Marsters says it was great to reconnect with the cast of Buffy the Vampire Slayer at a recent 20th-anniversary photo shoot. (James Marsters/Facebook)

He's a Juilliard-trained stage actor who took a chance, packed up, moved to Los Angeles and landed a role in Buffy the Vampire Slayer.

James Marsters told The Homestretch that fans he meets at comic expos are people he genuinely likes talking to.

Here's an edited version of that interview, where he reflects on a recent 20-year anniversary photo shoot with the cast of Buffy:

Q: What was it like to be reunited with the Buffy cast and creator 20 years later?

A: It was glorious. I remember these people when they were tired and burned out from working for Joss Whedon. He worked us 12 to 20 hours a day and that's a quick way to lose your short-term memory. That's a level of fatigue that I have never experienced again.

It was great to see Sarah Michelle Gellar when she was rested and fresh. It was great to see Seth Green again. Doing Buffy we were basically on low-grade panic at all times because the show was so demanding and we all wanted so badly for it to be as good as the scripts were. 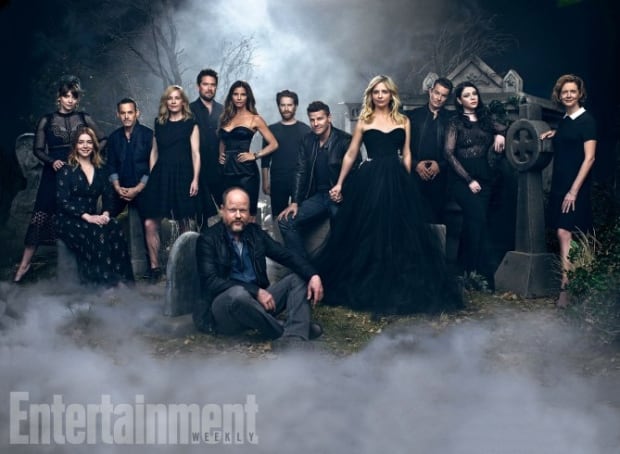 Coming from the photo shoot we were just kind of relaxed and I was reminded just how much I like these people.

Q: Do you miss those days despite the exhausting schedule and expectations?

A: Oh yeah. The mountain top is not comfortable but it's got the best view in the world. I am still friends with the writers and they all miss it too. It was a time when everything came together.

We were under the gun at all times — 'we got to go, we've got too much to do today' — but it was glorious. For whatever reason, all the elements kind of came together and it all kind of clicked. I wish we were still doing it.

Q: Are you still in touch with the other actors?

Sarah and I were just trying to out parent each other, you know how parents start emailing pictures and stories of 'This is what my child did today.'

I had a great time talking with Seth. Seth is so busy producing his own shows. I hadn't had a chance to talk to him but he is just one of my favourite people in the world.

Eliza Dushku, I see her quite often. She is great. She is a lot like her character Faith, but a lot nicer.

Amber Benson, I have been really good friends with her ever since she directed me in her first film we did while we were filming Buffy, called Chance. I've just got great respect for her.

Q: Why do you think Buffy still has such a devoted following so many years later?

A: I think that it was really good. I don't think that I'm bragging because I didn't make the show, I was along for the ride.

It was a really well-crafted show that I was very lucky to be a part of. Joss Whedon, everyone knows, is a genius, but he discovered nine writers who are all the power players now in Hollywood, they are all producing and writing for the biggest movies and television shows.

Q: You are a Juilliard-trained actor, why did you want to play Spike on a teen television show?

A: The money. I needed cash. I was a theatre actor who had become a father and I came down to Los Angeles to prostitute myself and nothing else. I told my agent I am not here for awards or respect, I got that on the stage. I am here for diaper money. I am here for insurance money.

It's forever ironic that in coming down to Los Angeles to sell out, to sell my soul, I ended up on a show that was frankly better written than many of the plays I was doing.

Q: What do you prefer to portray as an actor, good or evil?

A: Evil is a lot easier to play than good. Good hurts. Good, you always have to dredge up your inner pain and you have to try to help people and feel guilty that you are not saving enough of them, and you have to run a lot because you care. It is just a lot of sweating and a lot of work.

Playing a villain you are just basically lurking in the shadows waiting for the hero to come running by and then you hit him and then you go home.

I try to be a nice person in life, which means that I am sublimating all of the darker aspects of my personality at all times, which I think everyone who is a nice person does this, but when you get to play a villain you take that cap off and let all of that pollution out and let people see all of your darker stuff and it's kind of a relief.

Q: You've been to a lot of comic expos, please talk about the community you've experienced.

It is a place where people actually come to be together. The floor of the convention, there will be thousands of people milling around and no one will be captivated by their cell phone.

Everyone will be actually talking to each other. If the cell phones are out, it's for pictures.

This is true all over the world. It's an actual community. It's a large community of people very happy to be together. People walk around with a sword in one hand and a beer in the other and nobody gets hurt. Nobody even gets into an argument.

The fans that I meet tend to be smart and funny and they don't take themselves too seriously which is kind of my quick check list for someone I want to talk to.

James Marsters will be at the four-day Calgary Comic and Entertainment Expo starting Thursday.

With files from The Homestretch