‘Marvel’s Runaways': James Marsters on Relationship With ‘Son’ Gregg Sulkin and Being the Set Nerd |

‘Marvel’s Runaways': James Marsters on Relationship With ‘Son’ Gregg Sulkin and Being the Set Nerd

“Gregg is a lot like me, in that he is heavily invested in acting. He’s really focused on it,” Marsters tells TheWrap Jennifer Maas | Last Updated: November 21, 2017 @ 6:35 PM 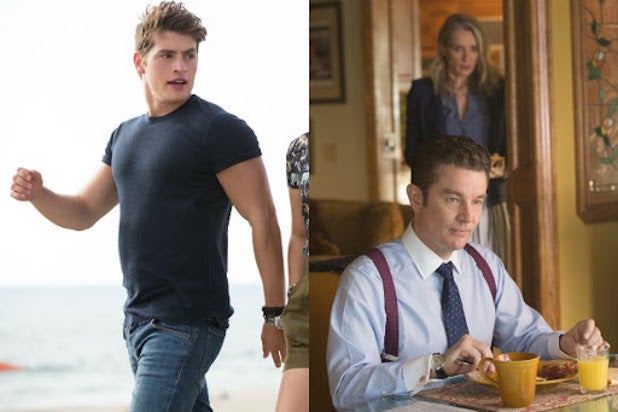 Marsters plays tortured genius Victor Stein, father to Sulkin’s character Chase, one of the six teens on the show who band together after realizing that their parents have been lying to them all their lives about being evil. But, be that messy situation as it may, off screen, the two have a really great dynamic.

“What’s been really, really great is Gregg is a lot like me, in that he is heavily invested in acting, he’s really focused on it,” Marsters tells TheWrap of working with Sulkin on the new series, based on Marvel’s 2003 comics by Brian K. Vaughan. “I often kind of catch it on the set, because I’m so into it. I’m always studying my lines. I’m always trying to make it better. I’m like the nerd who maybe takes it a little too seriously. But I have so much fun doing it and Gregg is so committed too. And we have a great time just trying to get it right, and that’s led to some really good scenes.”

“Sometimes you can surprise yourself and things can happen that you didn’t plan on happening,” Marsters added. “And he really brings it and we really became close. What he had is passion and I really respect him. It’s the passion.”

Marsters also thinks that when it comes to their characters, the relationship is full of love — even if he’s evil.

“Well, I think, actually, there is a lot of love between Victor and his son,” Marsters says. “I think that it’s a very complicated relationship and I’m not a perfect father but, both characters are heavily invested in each other, really important to each other.”