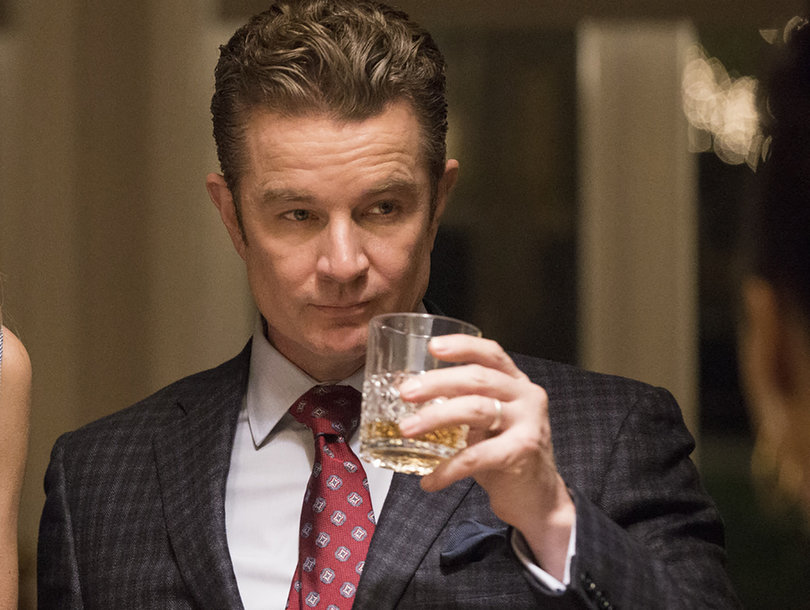 The Marvel star tells TooFab what it's really like to be part of the Marvel family and how he gets into the mindset of a "first class, Grade-A, platinum card carrying a-hole."

James Marsters stars on "Marvel's Runaways" as Victor Stein, a genius who will seemingly stop at nothing to make the world a better place, even if that means doing a few morally dubious things along the way. The inventor is rich, incredibly smart and always tinkering with gadgets in his workplace. Sound familiar?

While the new Hulu show tells a story independent from the larger Marvel Cinematic Universe, EP Jeph Loeb previously confirmed the series "lives in the same world" as the Avengers. And though no crossover are planned for the immediate future, Marsters would love to see his character go head to head against Iron Man himself.

"I would love to interact with Tony Stark, oh my god," he told TooFab. "I would take him to task! That guy is a douche!"

"We both are industrialists, we're both very rich, we're both inventors, we're both engineers and he is building weapons with all of his time," Marsters continued. "I'm trying to save the Earth. I would read him the Riot Act, stop making better guns, we don't need anymore guns Tony. I don't care how pretty your little suit is."

Speaking of suits, Marsters hinted that maybe, just maybe, we'll see Stein don one in the future. "Well I'm very good at building things, I'm very good at inventing things. That's all I can say," he said. "I love being coy, I feel so powerful. The truth is, I don't know anything anyway!"

"Runaways" is the actor's first entry point into the Marvel universe, something he said was simply "horrifying."

"I am so terrorized by Marvel. They have these people called Marvel security on set," he explained. "I thought they were to keep us safe and I thought they were wonderful and I asked them about that and they said, 'No, we're not keeping you safe, we're making sure you don't tweet. Give me your phone, you took a picture.' No, it feels great. It actually feels kind of normal, I'm making a TV show with good people and all of a sudden something surreal will happen."

The most recent surreal moment went down over the weekend, where he appeared at Oz Comic-Con in Sydney, Australia.

"I was in Australia this week and talking in front of a large group of people and suddenly Stan Lee just appears stage right, shakes my hand and says, 'Welcome to the marvel universe.' That's not normal," he said. "I gotta say, I'm having more fun on this show than I've had since 'Buffy' and I had a lot of fun on 'Buffy' and I've had a lot of fun since. But this is one of those special things where it all is just clicking."

And like his character Spike on Buffy, Stein isn't exactly a good guy. In fact, his son Chase - one of six kids with superpowers who discovers their parents are up to something - calls him a "first class, Grade-A, platinum card carrying asshole" in the first episode.

"That's a normal thing for a kid to say!" Marsters rebuked. "In defense of Victor Stein, my son has 173 IQ, he's really really smart and he's getting Cs in high school. What does a dad do? At what point do you stop patting him on the back and saying, 'Good job son, you're doing great.' At some point you gotta be willing to be hated and crack the whip a little bit. Maybe I'm doing it a little too much, but maybe that's better than not doing it at all. I will argue this point, I'm playing this character and it's my job to not think of him as a villain, but to see him as a person and I will argue you down. I think Victor is a misunderstood hero, but I don't think Stan Lee would agree with me."

The first three episodes of "Marvel's Runaways" are already streaming on Hulu. Watch the video above to see what he had to say about the show's similarities to "Buffy," why it wins him no cool points with his own kids, and what fans can expect from his character going forward.

.@runaways star @JamesMarstersOf tells us what it's REALLY like to be part of the @Marvel universe! https://t.co/rpgUIFjRxV