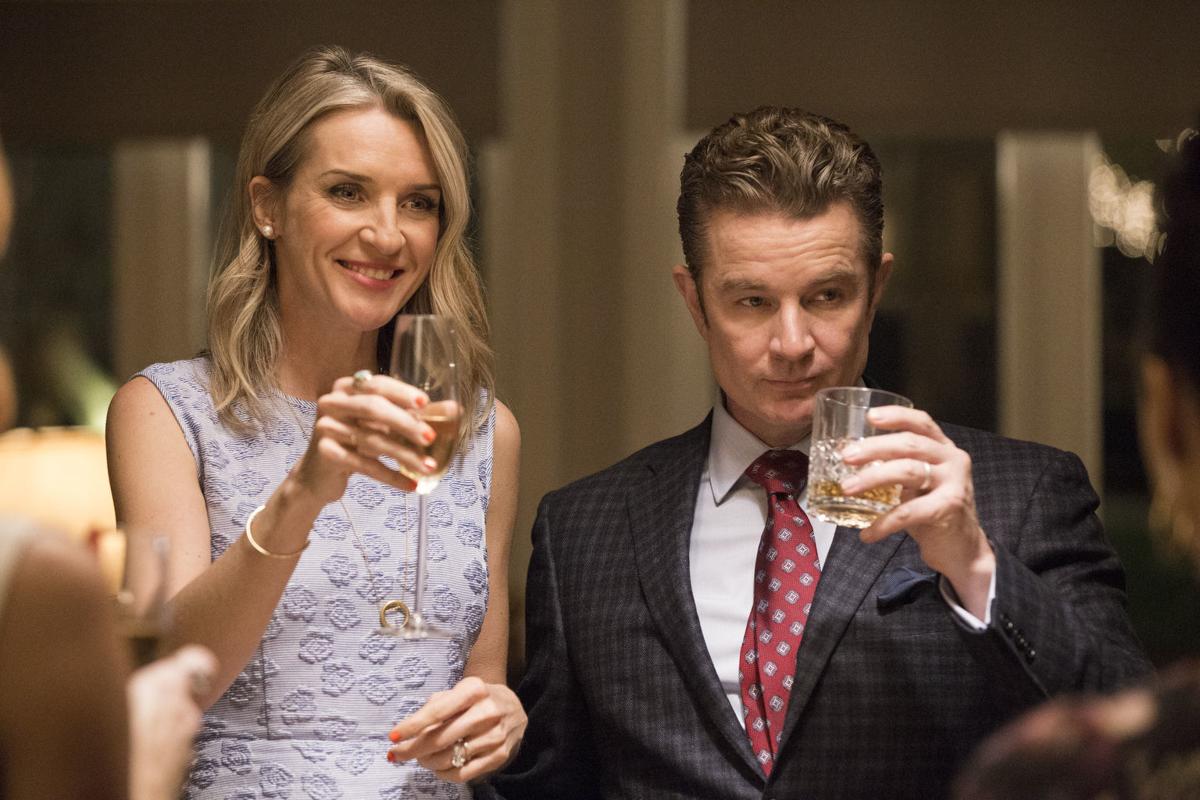 Janet Stein (Ever Carradine) and Victor Stein (James Marsters) are eager to get their son home on "Runaways."
Hulu

LOS ANGELES – James Marsters likens his work as an actor to that of a cake decorator.

“It’s not the most important job in the world,” he explains. “But if you hire me for your wedding, I can guarantee that people will come away going, ‘Your cake was great.’ My career is like a nice little ornament on the top of life.”

As Spike on “Buffy the Vampire Slayer,” Marsters made the cake a bit tastier but learned he was only one part of a very big machine. Now, as Victor Stein, one of the parents on “Marvel’s Runaways,” “I can feel good about what I do but, frankly, I can’t save the world. I’m not as important as a plumber or a firefighter or a teacher.”

Instead, he’s able to show another side of parenting -- a parent who pushes his son but “isn’t a bad dad.” Throughout the Hulu series’ first season, those parents wrestled with the idea of their children running away and, possibly, exposing the motives of The Pride, an alliance of supervillains. Those parents have ulterior motives and could be thwarted once their offspring discover their own super powers.

A confrontation nearly spelled the end of his Victor Stein but he’s back in season two, ready to go into battle once more. “Jonah has a plan for me,” Marsters teases. “There’s a reason for keeping me alive.”

On set, the 56-year-old is a font of show business wisdom. He’ll talk to the younger actors about the pitfalls of the business and encourage them to view every day as a gift.

Early on, he pulled TV son Gregg Sulkin aside and told him about the perils of fame.

“I said if he ever wakes up in the morning feeling sorry for himself, if he ever feels like he’s working too hard, he’s walking south,” Marsters says. “I told him, ‘Be careful. Because at the end of that is lonely town.’”

Sulkin, he says, “was very polite and made me feel like he valued my input but I’ve come to discover he didn’t need my advice at all. He’s naturally geared toward humility and hard work.”

A stage actor before landing roles on television, Marsters was taken under wing by an actor at the Berkeley Repertory Theatre who told him he shouldn’t be an actor “unless I was comfortable with abject poverty.”

“He spent a whole afternoon trying to talk me out of being a stage actor and at the end of the afternoon I said I still want to do it,” Marsters says. “And he said, ‘Well, you’re an idiot…you belong to us,’ and that was it.”

Since then, he has starred on several series, been the lead singer of a band, Ghost of the Robot, and done voiceover work in a number of animated projects and audio books.

Now, he’s part of the “Runaways” family adding his own little spice to the cake.

“Things are accomplished,” he says. ‘I can feel good about what I do.”