Captain John is in Restoration England looking for some gauntlets. There's intrigue in the Tower of London, the dead are walking the streets, and the severed head of Oliver Cromwell has a terrible warning.

Captain John is in a wooden space prison that's under attack by a strange and terrible life form. Also the catering is truly dreadful and Dr Magpie's latest discover may have got a little out of hand.

Captains John and Jack find themselves stranded on a world that may be actual paradise - the weather is pleasant, the people are friendly, and the giant stuffed animals only come out at night. There's only one thing the world is missing. No-one has ever explained to any of the population about the birds and the bees. Which is unfortunate.

Captain John arrives at the funeral of one of the galaxy's richest men. He died without making a will, and his heirs have some very creative ideas about how this can be put to rights involving murder, necromancy and seduction. Sadly, Captain John is only too happy to oblige. 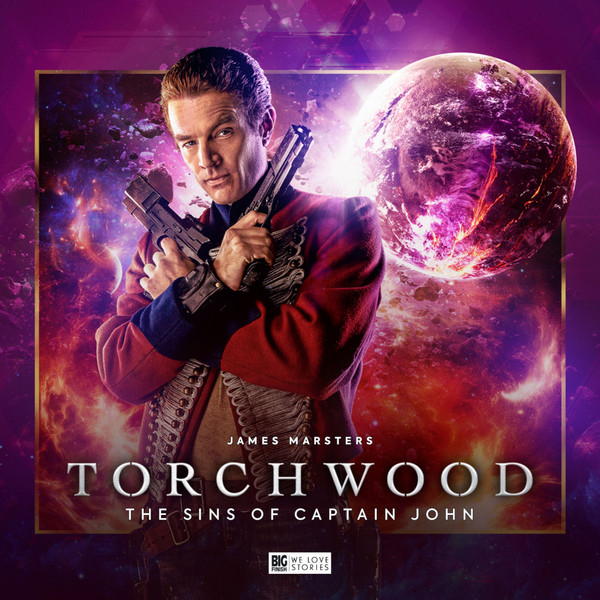 James Marsters, the star of cult television shows Buffy, Angel, Smallville and recent hit Runaways, reprises the role of Captain John Hart for his own adventures in the Torchwood audio universe.

The rambunctious, deadly and ever-so charming captain will be back at the helm in a new four-story box set, The Sins of Captain John, created by Big Finish Productions in association with BBC Studios.

Captain John Hart made his audio debut in The Death of Captain Jack, released in March 2018. In this story he killed the entire Torchwood team – including John Barrowman’s supposedly immortal Captain Jack Harkness. He also married Queen Victoria and had no less than three ‘relationships’ with characters from history. Who knows what he’ll get up to in this next box set of adventures!

James Marsters told us about returning to the role, and the world of Torchwood, “Doing The Death of Captain Jack was incredible! I have missed doing Torchwood so much. Beyond being proud of playing a part in it, the character itself is a blast to play, and those two episodes just weren’t enough.”

Set for release in January 2020, The Sins of Captain John will see Captain John Hart leading the universe into rack and ruin in four new adventures…

In these stories we’ll find the villainous anti-hero thriving in Restoration London, exploring gas planets, playing ‘Stepford wife' and kissing (then killing) countless victims… Just a day in the life of a rogue Time Agent!

Writer, David Llewellyn, tells us what to expect: “Writing The Death of Captain Jack was a total blast, and both James Goss (producer of the Torchwood range) and I realised we could have a lot more fun with Captain John Hart, providing James Marsters was happy to return.

“Captain John is this chaotic, disruptive, insubordinate force of nature; completely amoral and unpredictable, so that gave me a lot of freedom! Writing is often a case of knowing when to hold back, when to tread a more subtle line, but with Captain John it’s the complete opposite. And setting it before Torchwood on television meant we were able to go to places where Torchwood can’t.”

Torchwood fans will also find answers to some of the questions and plot points that have so far been left hanging from the beginning of the television show. More details on this in the future...

The Sins of Captain John, out for release in January 2020, is available for pre-order from Big Finish at £28 on CD or £25 on download, rising to £35 on CD and £30 on download at general release.

Captain John is back! @JamesMarstersOf returns in #Torchwood: The Sins of Captain John, and the rambunctious, deadly and ever-so charming captain is let off the leash. Coming January 2020. More info -> https://t.co/Ol3xvunBpw pic.twitter.com/BpQA7Q3sKA

We had such a fun week with @JamesMarstersOf - proper gent, fantastic actor and even does his own foley... https://t.co/4joN8tGv8I