Way back in the day (between 2006 & 2011) James Marsters' old official websites (http://www.jamesmarsters.com/ & http://www.jamesmarsterslive.com/) used to post a monthly Q&A session with James, so I thought I'd repost those Q&As for a bit of fun (& nostalgia)! I'm thinking I'll post them on a weekly basis. To start us off, here's the very first official Q&A from March 2006! Enjoy! 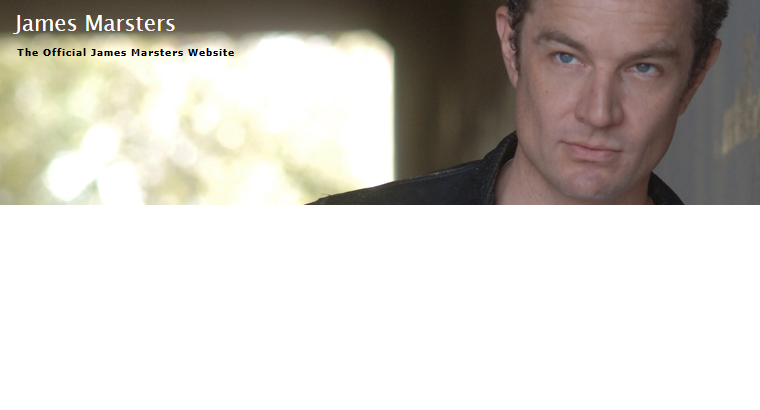 From what I’ve read, you did a number of things in your theater days that were more behind-the-scenes. What were some of those jobs?

When you produce non-profit theater you do everything behind-the-scenes. You build and design props, design and build costumes and sets, design and run lighting systems, take tickets, as well as direct, produce and act. The reason is that you can’t afford to pay very much money to anyone and my business partner and I didn’t want to share power so we did it all ourselves. It was the hardest thing I’ve done and maybe the best.

Which of your recorded songs came out the closest to what you actually heard in your head when you were writing it?

The best one was the GOTR version of Over Now which was not recorded but performed live on tour. It had a lopping lead guitar by Charlie DeMars and a hesitant base line by Kevin McPherson. It was exactly the haunting quality I hoped for. People said they could hear the ocean, which is what I wanted.

Is it difficult for an actor to watch a film or a play and get lost in the story? Or do you find yourself analyzing it as you watch?

I think everybody – actors, directors, prop masters – want to get lost in a movie. So if it’s good, we do. We’re like little kids waiting for a good story. If the story is good enough, we’ll definitely go.

What’s the latest on your new CD? Is it still in the works or is it on the back burner while you focus on acting?

I am still writing songs. I am infecting myself with the blues. I’ve got three new blues songs I’m working on, but right now I am trying to find work in the rough tempest of LA’s pilot season. The waves are high and my boat is small but I am rowing like mad. If nothing else, my arms are getting stronger!

What storylines would you have expected/enjoyed for Spike if there had been a Season 6 of Angel?

I would have liked to have just continued with the themes started in Season 5, particularly in the ‘Destiny’ and ‘The Girl in Question’ episodes. Spike and Angel are on similar journeys, having been ruthless killers and trying to become men. It’s both funny and interesting to see how they approach their redemption. In this way, Spike would have been a good doppelganger for Angel.