Back in the day, James Marsters' old official websites used to post a monthly Q&A session with James, & I'm reposting those Q&As every week for a bit of fun (& nostalgia)! Enjoy this week's Q&A from October 2006: 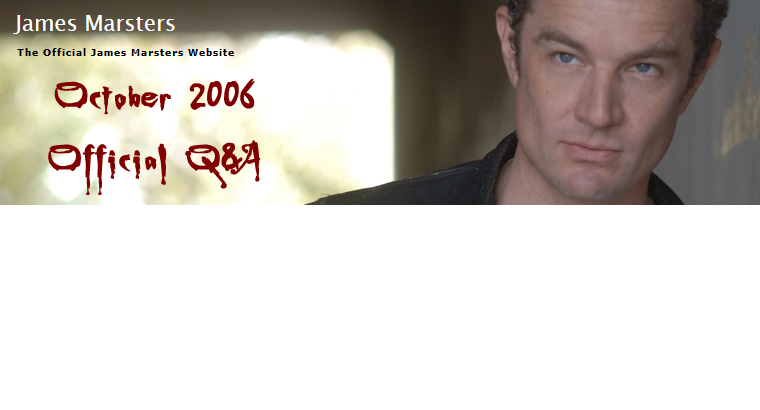 You’ve talked about what led to your leaving New York and going to Chicago, but why did you leave Chicago and go to Seattle?
Because I didn’t want to die in Chicago; it’s too cold. I know that I wouldn’t have died for a long time, but old age in Chicago would be hard.

Who or what makes you nervous?
Having to audition when I know I’m not right for the role, that’s awkward. Not much actually. Maybe I should be more engaged and more nervous about things. Maybe I’m a closet Buddhist or trying to be.

What kind of coffee do you like when you can choose?
Espresso. The darker the roast, the stronger you can make it.

This question relates to a scene in Macbeth: a physician tells him Lady M has gone mad. Macbeth then asks him, “canst thou not minister to a mind diseased?” Would you interpret this as his asking the physician to have her painlessly killed to avoid further suffering?
HELL NO! Macbeth is desperately trying to save his wife. He knows he is driving her insane and he is really just beating up on the doctor for not being a psychiatrist.

What has been the greatest compliment you’ve received during your acting career and who gave it to you?
A 13 year-old girl who thought that a Beckett one act I did called Ohio Impromptu was an exciting play. Beckett is very difficult to make exciting.