Back in the day, James Marsters' old official websites used to post a monthly Q&A session with James, & I'm reposting those Q&As every week for a bit of fun (& nostalgia)! Enjoy this week's Q&A from September 2008: 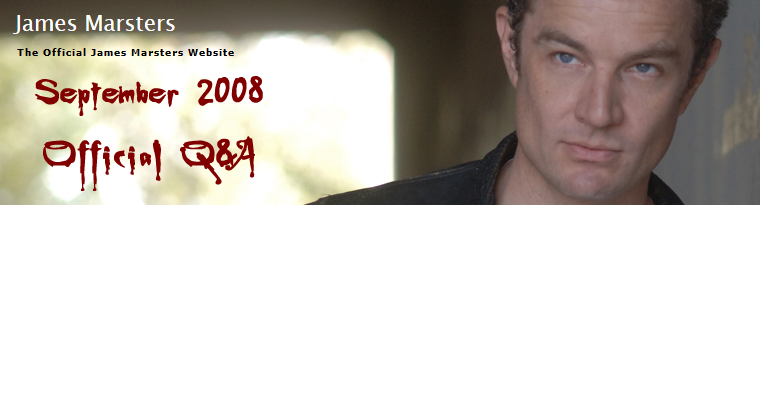 Buffy and Spike’s "bring down the house" sex scene was recently voted TV Guide’s number one hot scene in television history. Your opinion on that?
It was pretty fun! My memory of it was that the stunt coordinator took 50 lbs of pointed metal to the face that night, so we all ended up in the hospital at the end of that night.

What bores you?
Local television news.

After playing and performing a song multiple times, does it become routine? Or do you find yourself being drawn back to the situation that inspired the song and begin to feel the emotions all over again?
I feel it all over again. I have to be careful not to get teary eyed – it’s terrible for the voice.

Do you think John Hart is a good man or a bad man?
He’s a bad man trying to be good.

How would you describe the perfect first kiss?
Relaxed lips, long and mushy, and just a little bit of tongue.

Favorites:
Vegetable – edamame
Places in California – The poppy fields outside of Santa Maria, CA; Big Sur; Humboldt County where the redwoods are.