ETA 7/5/21: FYI James Marsters has rescheduled his appearance at Pensacon to their 2022 event, exact dates TBD, due to COVID. 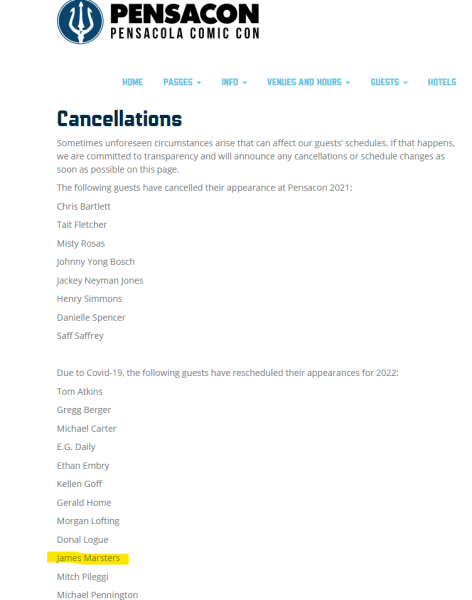 FYI Pensacon has been postponed, with the new dates TBD at this time. See the Facebook post below for full details: