Back in the day, James Marsters' old official websites used to post a monthly Q&A session with James, & I'm reposting those Q&As every week for a bit of fun (& nostalgia)! Enjoy this week's Q&A from December 2009: 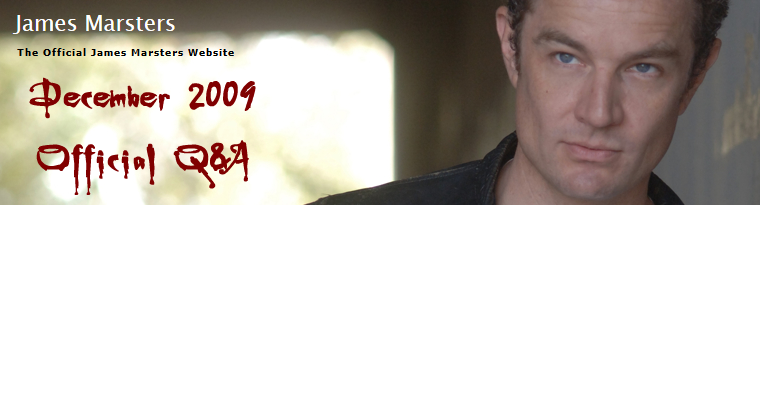 Do you think that Hamlet’s "To be or not to be…" has been taken out of context by most of society?
As long as people realize that he is considering suicide, they have it right.

Did you ever have a crush on any of your teachers?
Yes, an incredible crush on my second grade teacher. I don’t remember her name now, but when I went into third grade she had transferred to become a third grade teacher and I got her again.

Which is more important – intelligence or common sense?
We shouldn’t try to parse these any more. They’re finding that emotion is vitally important to intelligence. We are ignorant of our own intelligence.

You have written several songs about your experiences on current projects such as Moonshot, Torchwood and High Plains Invaders. Have you ever written a song about Spike?
I wrote on song during “Buffy” called “Dangerous” about the importance of self-discipline.

Do you still drink wheatgrass juice? Fresh or powdered and where do you get it?
Fresh from Jamba Juice – they’re friendly and they smell good!