Back in the day, James Marsters' old official websites used to post a monthly Q&A session with James, & I'm reposting those Q&As every week for a bit of fun (& nostalgia)! (Skipped last week's due to my retweeting all of your fave James pics to help celebrate James' birthday; check them out here & here) Enjoy this week's Q&A from March 2010: 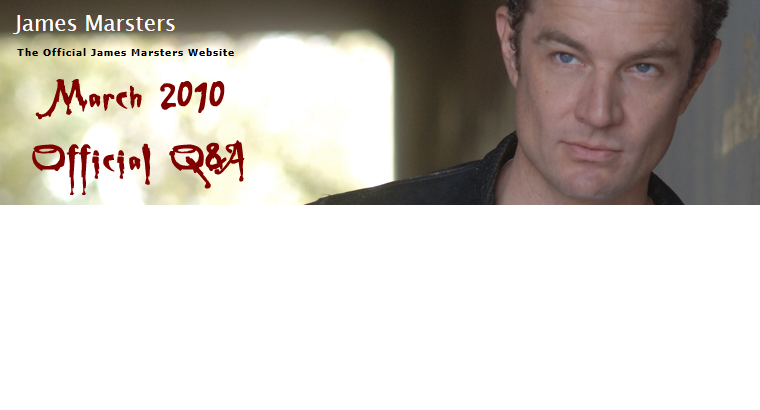 What song did you start to play in the deleted scene for P.S. I Love You? Everyone loves that scene.
Oh, that was Too Fast, that I wrote. I had to use something that I wrote so they didn’t have to deal with any copyrights.

Are you a good swimmer?
I’m a very good swimmer. I was trained at the YMCA in Modesto to the level of “Shark”, which is just below lifeguard.

As an actor, you have died onstage and onscreen several times. Which were your most and least favorite deaths to perform and why?
My least favorite was on Lie to Me because I wanted more dialogue with Tim Roth and Jennifer Beals. My favorite was my first death on Smallville because I knew it was meaningless. Dying isn’t good.

Favorites:
Decade? My favorite decade? Right now!!
Amusement park ride? Rollercoaster- an old-fashioned wooden roller coaster.
James Bond? I would have said Sean Connery until Craig. But now it’s Daniel Craig. Yeah. He’s the dirtiest, he’s a real killer. You really would not want to have dinner with that guy. I love it – he’s so nasty!