Back in the day, James Marsters' old official websites used to post a monthly Q&A session with James, & I'm reposting those Q&As every week for a bit of fun (& nostalgia)! Enjoy this week's Q&A from January 2010: 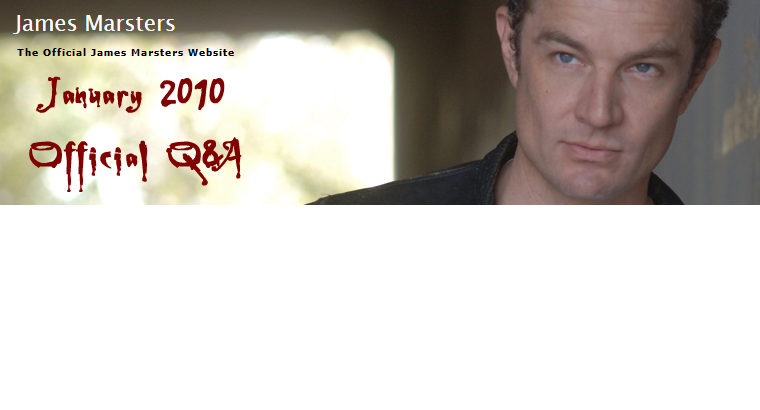 What do you think about the vampire craze that seems to be taking over the entertainment world?
Go vampires! They’re sexy, they’re hot, and they’re profitable.

Which is sexier, hip bones or hollow of the throat?
Hipbones.

Do you regularly use your English accent to make sure its still there?
No. (He said in American)

Is the reason Spike did not smoke on the last season of Angel because you quit smoking?
I tried to minimize Spike’s smoking the whole time, knowing that kids were watching, and hating the herbal cigarettes that I had to smoke. Spike didn’t smoke on “Angel” because I had more power then.

Have you ever (at any age) performed in a magic act?
No, not that I can recall.

Either/Or
Dark or white meat? Both.
Scuba diving or sky diving? (Laughs) I’m not like that guy, the either/or guy. Uh, ok…. Scuba.

So back in April James Marsters News+ (formerly the Don't Kill Spike Club) turned 20 years old!! And to celebrate, I got you guys a gift! (I was just waiting for it to arrive; must've got lost in the mail 😜)