Back in the day, James Marsters' old official websites used to post a monthly Q&A session with James, & I'm reposting those Q&As every week for a bit of fun (& nostalgia)! Enjoy this week's Q&A from June 2010: 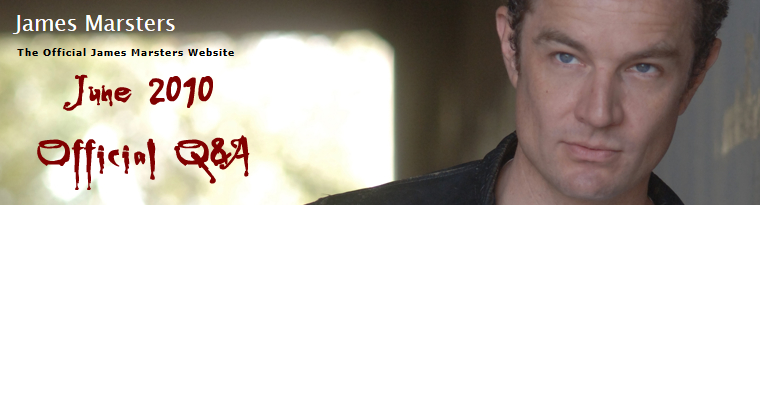 What’s one thing from the past that humanity should bring back? (Object and/or social practice)
Uniforms in schools. That way the poor kids don’t have to bow their heads in front of the rich kids.

In the movie ‘Stand by Me,’ the narrator says “I never had any friends later on in life like the ones I had when I was 12.” Do you think that’s true?
Yeah. It’s true for me.

“Winding Roads” was a movie about three women, three men and their relationships, with the focus primarily on telling the women’s stories. But what about the men? In your opinion, what were we supposed to think and feel about your character, Billy Johnson?
He was a good regular guy. He just wasn’t interesting enough for her, but he was a decent man.

What would Spike say to Edward Cullen from “Twilight”?
Let’s party, man!

Do you ever prefer the cover of a song (such as The Clash’s “I Fought the Law”) over the original artist’s version?
Hmmmm… Generally no, but the Clash did rock – that might be my exception.

Yes/No
Do you get nervous before doctor appointments? No.
If you were in an emergency situation and you had to deliver a baby, could you? Absolutely!